Posts circulating in chat groups and on social media claimed the 22-year-old student was chased — and maybe even pushed — by police who were clearing protesters with tear gas nearby. Officers blocked an ambulance from reaching Chow, the posts alleged, delaying aid that could have saved his life.

The polarizing rhetoric is fueling distrust and violence, making it harder to resolve the crisis that has plunged Hong Kong into a recession and raised doubts about the city’s role as Asia’s premier financial hub

Nevermind that the claims were unsubstantiated, that police denied chasing Chow and that mainstream news outlets, including the South China Morning Post, described the circumstances of his fall as unclear. Hundreds of protesters seized on his Nov 8 death to engage in clashes with police that resulted in one person being shot on Monday.

As Hong Kong’s protests, triggered by the extradition bill incident, stretch into their 23rd straight week, the city is being inundated with online rumors, fake news and propaganda from both sides of the political divide. The polarizing rhetoric is fueling distrust and violence, making it harder to resolve the crisis that has plunged Hong Kong into a recession and raised doubts about the city’s role as Asia’s premier financial hub.

ALSO READ: Media busts fake news made up by radicals

“False information feeds itself to polarize public opinion,” said Masato Kajimoto, an assistant professor at Hong Kong University’s Journalism and Media Studies Centre, who has spent the last seven years studying fake news. “I worry that it reaches a point where reconciliation of this divide is no longer possible.” 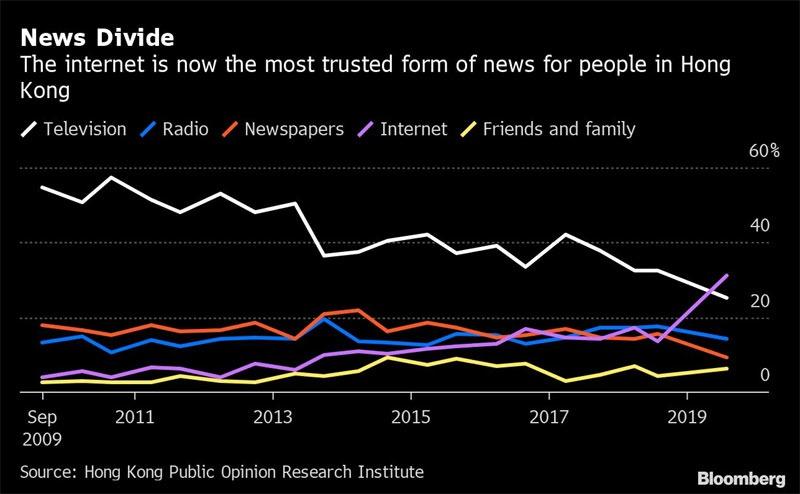 While the spread of disinformation has become a growing concern around the world, few places have been as affected in recent weeks as Hong Kong.

In the past 24 hours alone, local authorities have denied rumors that they ordered police to fire on protesters at will; planned to cap cash withdrawals from banks; and would use emergency powers to shut financial markets and schools. After one of the most violent days since protests started in June, Hong Kong Chief Executive Carrie Lam Cheng Yuet-ngor urged residents to “stay calm and see the facts.”

False information feeds itself to polarize public opinion. I worry that it reaches a point where reconciliation of this divide is no longer possible

Hong Kong doesn’t have a fake news law, though the city’s Secretary for Security John Lee Ka-chiu said this month that “most of the laws in the real world are applicable to the online world,” such as publishing information that threatens public safety. In October, the city’s high court granted an injunction banning anyone from “disseminating, circulating, publishing or re-publishing” internet posts that incite violence on popular platforms including Telegram and LIHKG.

Three quarters of the population get their news from the internet today, up from 48% in 2016, according to the Hong Kong Public Opinion Research Institute. In August, a third of people rated the internet as their most trustworthy news source, surpassing television for the first time since the institute began tracking the issue in 1993.

Once unsubstantiated claims about the protests start spreading on social media, they’re often hard to contain. When violent clashes erupted between protesters and riot police at Hong Kong’s Prince Edward MTR station about three months ago, protesters alleged the altercation ended with fatalities after the police and the train’s operator MTR Corp evacuated the station and closed it off to media and first aid providers.

The allegation was denied by police, but the protesters’ story line was amplified after separatist Joshua Wong posted on Twitter that lives were sacrificed during the protests, a claim repeated by US House Speaker Nancy Pelosi. The backlash has resulted in dozens of vandalized subway stations.

Both sides have stepped up online efforts to win the battle for public opinion.

Many posts in support of the protest movement and against the city’s authorities are authentic. But there’s evidence that some have gone beyond digital activism and into the realm of misinformation, which researchers define as erroneous posts spread unintentionally. That differs from disinformation, which is false content spread with the specific intent to deceive, mislead or manipulate.

Three quarters of the population get their news from the internet today, up from 48% in 2016, according to the Hong Kong Public Opinion Research Institute

For example, a protest supporter last month posted a misleading image depicting chief executive Lam using her mobile device during the enthronement of the Japanese Emperor, a sign of disrespect. Within hours, the post was shared thousands of times. It turned out the image was actually taken before the event started, according to a report from Annie Lab, a fact-checking project at HKU’s Journalism and Media Studies Centre.

Annie Lab has also found instances of disinformation. One photo purporting to be a CT brain scan of a protester hit by a police baton actually came from a radiology Wiki page before it was doctored and posted on Telegram, garnering more than 120,000 views. It was also published in a since-amended article by the SCMP, according to Annie Lab. The newspaper said it immediately removed the photo upon discovering it hadn’t been verified and has taken steps to ensure the incident isn’t repeated.

There’s little sign that such fact-checking efforts have had a meaningful impact on how Hong Kong people digest information related to the protests.